Cheesemaker and dairy farmer Peter van de Voort is more rigorous in his approach to organic farming than other farmers. In fact, you might say he’s in a league of his own. “On my farm I approach everything from the point of view of the animal,” says the man behind the Remeker label. “Because when you’re good to your cows, your cows are good to you.”

We catch up with an exceptional cheesemaker. It’s autumn when we visit cheesemaker Peter van de Voort in the picturesque town of Lunteren.

On the way there, from the car we watch the gradual changes in the landscape as we approach our destination. The varied Veluwe countryside is threaded with quiet streams that meander through what is, by Dutch standards, a remarkably hilly landscape.

This gives the region its unique character. The air smells clean here, and the changing scenery is unspoilt.

As we drive into the yard of the Remeker cheesemaker, we can’t help noticing how unusually green the fields are. Later we discover why.

On our left we see the impressive farmhouse with its shutters and thatched roof. Behind it is our destination: the cowshed where cheesemaker and dairy farmer Peter is waiting for us.

Calves with their mothers

The large circular cowshed has an open roof. We are surrounded by cows quietly ruminating in their pens, and we are immediately struck by the fact that they all still have their horns. Newly born calves lie next to their mothers. Each cow has plenty of space. The ninety Jersey cows, a notoriously stubborn breed, all rest contentedly on a bed of straw.

Farmer and cheesemaker Peter greets us warmly and tells us that the differences we have noticed are all part of the plan. “I approach everything from the point of view of the animal,” he says. “I don’t believe in trying to control nature. That’s a lose-lose situation. Instead, I see what I can do to support nature. Because when you treat your cows well, your cows produce better milk.”

The conditions in which the cows are kept are largely based on the idea that, above all, nature should be left to its own devices. So the fields haven’t been ploughed for thirty years and pesticides are strictly forbidden. We also learn that the cows are not treated with antibiotics when they are ill. Peter explains why:

“The antibiotics end up in the manure deposited in the fields. But antibiotics are the last thing you want in your field soil. They inhibit the activity of worms and fungi that perform important functions in the soil. The holes created by worms help irrigate the fields. Worms also pull straw into the ground and convert organic matter into humus, both of which enrich the soil.”

Peter takes us to a field so we can experience the difference for ourselves.

“You will notice that the field springs up underfoot,” he says. “This makes the field better able to act as a buffer during dry periods.” What are the benefits of irrigation by worms rather than annual ploughing? “Wherever fields are ploughed in the Netherlands, the substrate is as hard as concrete. Here, the softer substrate makes the soil fertile and the grass greener.” 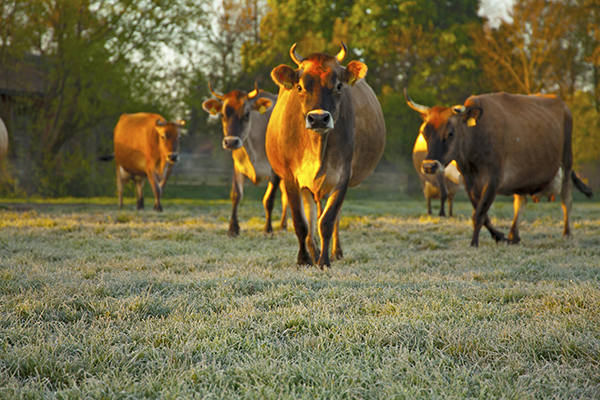 As we make our way from the field to the cheese dairy, Peter explains how he is able to be more rigorous in his approach to organic farming than other dairy farmers.

“Many farmers would like to farm the way we do, but they can’t,” says Peter. The soil is addicted to chemical pollutants, so the ecosystem has to be developed from scratch. “It takes five to eight years to restore the ecosystem. In the meantime, your milk yield drops.”

And a drop in milk yield is disastrous for farmers who supply factories. “I was able to do it because I make cheese under my own label and sell directly to specialist cheesemongers.” Today Remeker is famous for its exceptional quality. The organic cheese has a surprisingly large market in Germany and the Netherlands, so Remeker can afford to charge a larger mark-up.

Remeker rarely does business with wholesalers and supermarkets. “This means that I can set the price. This is how I was able to build a company that operates the way we do today.”

In the cheese shop we meet the cheesemaker. She spends her mornings in the cheese dairy and serves customers in the shop four times a week. The shop sells directly to the consumer – another factor that helps maintain the profit margin. 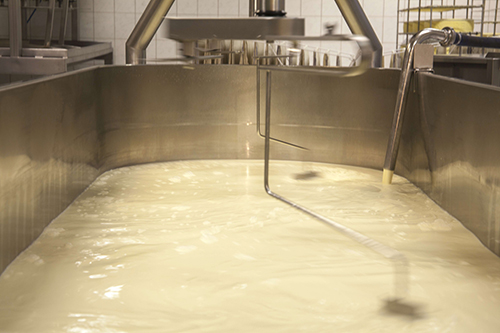 A farmer to the core 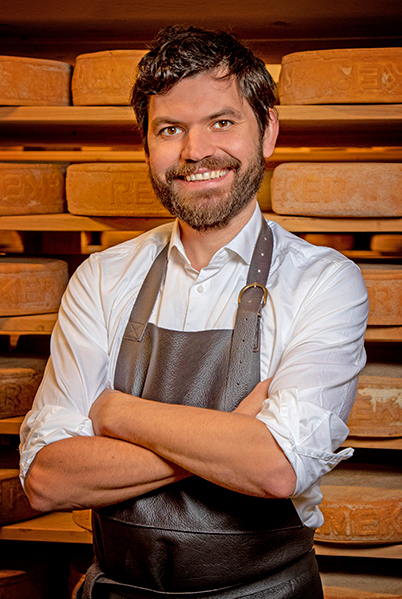 Despite (or maybe thanks to) the do-it-yourself approach, over the years Remeker has become a well-known top brand. "We’ve been farming organically for thirty years and were one of the first farms to raise Jersey cows. We were fortunate in that we were ahead of the market. Then, it doesn’t matter if you spend a few years producing less cheese.”

Of course, that doesn’t mean current production levels are low. Far from it. Remeker produces more than a hundred cheeses a week, which works out at about sixty tonnes of cheese a year.

The farm could theoretically produce more, but, in this respect, Peter is committed to the principles that have made the company what it is today. "I could fit twice as many cows in my cowshed or insist on maximum production per cow. But I choose not to – and it pays off because it makes the brand stronger. And since my cows are better at fighting off infections, there is no need for antibiotics.”

Does the Lunteren cheesemaker ever get the sense that, through his commitment to his principles, he makes life more difficult for himself? On hearing this question, Peter bursts out laughing. “Yes, that thought does occasionally cross my mind. But then I see happy cows and beautiful turf and I’m encouraged by the positive feedback I get from my customers."

A different approach would be out of the question. “I’m a farmer to the core: I pour all of my energy into my animals and the cheese. I would never feel that it demands too much of me, because it makes me happy every day.”